David Christensen: The man behind the carillon

As Highlanders make their way to classes, the Bell Tower chimes its reliable weekly tunes...
By Lilian Tran, Student Writer/CHASS Marketing & Communications | May 31, 2019

As Highlanders make their way to classes, the Bell Tower chimes its reliable weekly tunes. Tucked away at the top of the Bell Tower sits UC Riverside carillonneur David Christensen, dutifully at his carillon. For more than three decades, Christensen has been performing for thousands of students, faculty, staff, and visitors on the organ-style instrument responsible for the melodic bell sounds chiming throughout campus.

The carillon at the Bell Tower is an instrument made of 48 cup-shaped bells that are precisely tuned to create a harmonious sound. The bells are then played from a wooden control of batons and petals and weigh from 28 pounds to 5,091 pounds. These bells are housed in the bell chamber at the top of the tower.

In 1977, Christensen received his carillonneur certification by the Guild of Carillonneurs in North America. He became UCR’s third carillonneur in 1987 and has been “in concert” every Monday at noon during the school year for more than 31 years.

We sat down with the man behind the carillon to hear his bell-ringing beginnings at UCR.

What sparked your interest and love for music?

Both of my parents were musicians and educators in the public school system.  Besides inheriting musical talent, I was also inspired by listening to the church organist play each week and by listening and studying recordings of organ music by master organists.

How did you become UCR's official carillonneur?

After graduating from the University of Redlands, I decided to take a couple of music courses at UCR that had not been available at Redlands.  While attending UCR as a part-time student I had the opportunity to hear the carillon being played and to meet Lowell Smith, the first UCR Carillonneur.  He encouraged me to take carillon lessons from him, which I did for two years.  When Mr. Smith left the university, I continued to take lessons from Margo Halsted.

For 10 years, I assisted Ms. Halsted and played occasional recitals.  It was a valuable apprenticeship that prepared me to take over the job when Ms. Halsted left to take a position at another university.  After applying for the job and serving one year as "Acting Carillonneur," I was appointed as the regular University Carillonneur and have continued for 31 years.

Do you play original pieces or covers? What are some of the pieces you have performed?

I play both original pieces and covers. Recently, I have played a few of the well-known songs from the Beatles and from Broadway musicals like Phantom of the Opera and Sound of Music.  There are also pieces written for carillon dating from the 18th century up to the present time that I play. There have been some composition students in the Department of Music who have written music for carillon, and I have performed those. Selections from Bach, Handel, Mozart, and other composers are often played.

When and how long do you practice before the performances?

It's hard to say exactly because it varies from week to week. If I have a recital coming up, then I will increase the practice time leading up to the recital. New pieces that I am adding to my repertoire will take the most time and I usually begin the preparation of them in the practice room which is located in the basement of the Arts Building. Since playing of the carillon during school hours is restricted, I do most of that practicing on weekends and holidays when I can get in several hours.

Do you have any interesting stories to share while performing up at the Bell Tower?

Two incidents come to mind. One time I came up to practice in the tower and there was a bat in the playing cabin. As I was seated at the console the bat kept attacking me. I could not get it to leave the room and it became impossible to continue practicing.

The playing cabin is surrounded by windows so the player can see outside. One time when I was practicing, the face of a young man suddenly appeared outside the window directly across from me.  He had apparently climbed up the outside of the tower. He spoke in a loud voice and I could hear him.  He requested that I play a song by Frank Sinatra. I did not have any songs with me that had been recorded by Sinatra, so I asked him if a piece by Scott Joplin would be ok.  He said yes, and so I played a piece called "Original Rags." He was satisfied and climbed back down.

I would like to make this statement regarding this incident.  No one should attempt to climb up the side of the tower.  It is very dangerous.

What is the most rewarding thing about performing as the official UCR Carillonneur for many years?

The joy of performing music (the universal language) and hoping that people will enjoy it as they walk around the campus or are sitting at a table or on the lawn listening. 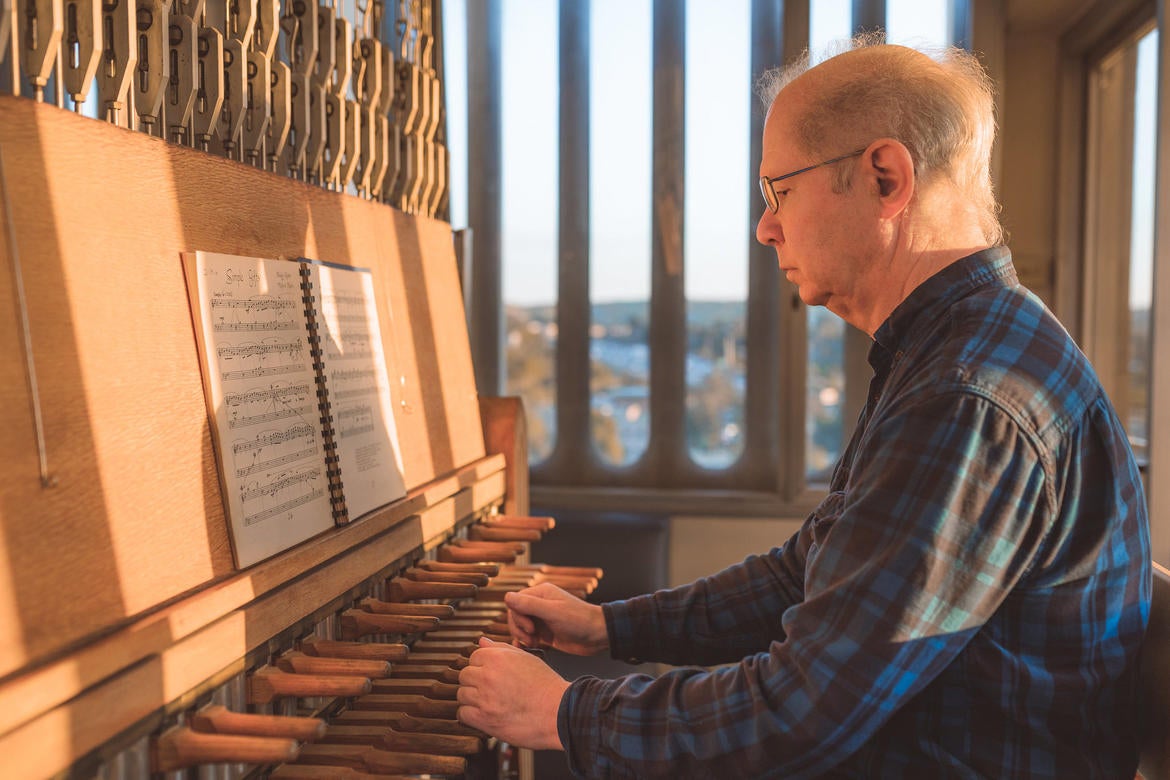 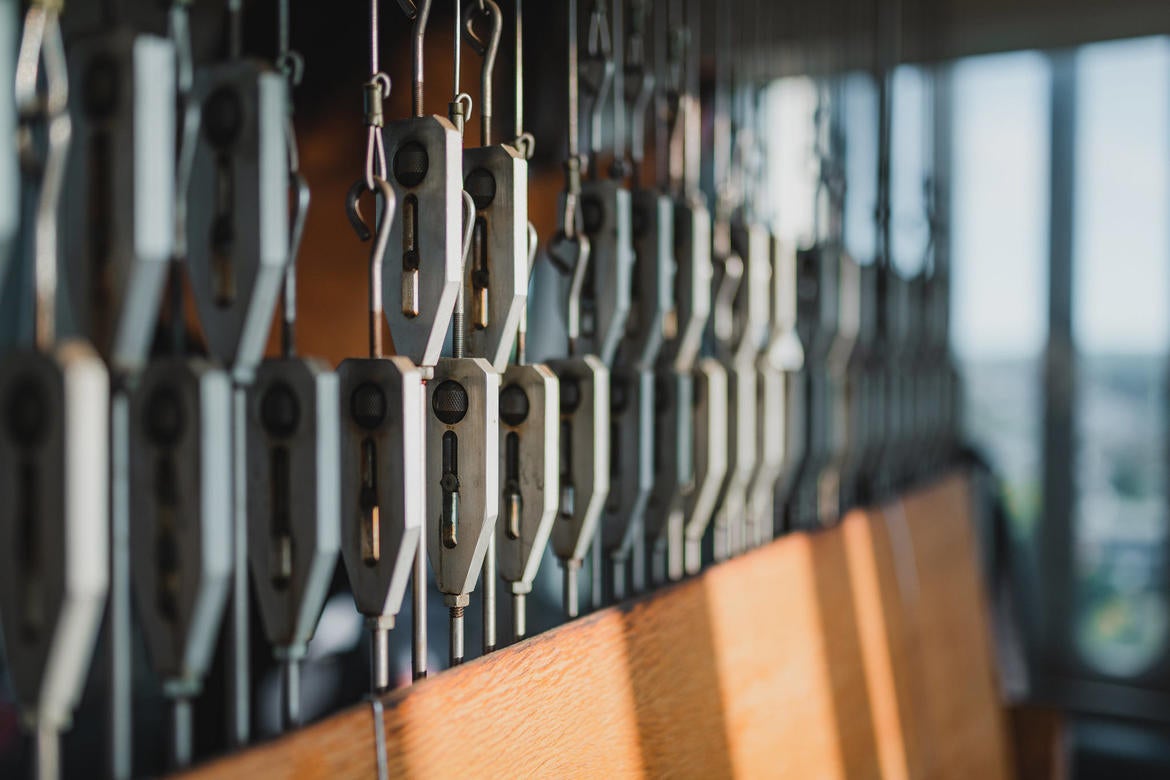